The Static Mixer(SMX)s which is In-Line Mixture Facility are used for homogenization of different liquid, gas or grain components by Elements which can make flow division, rotational circulation and radial mixing inside pipe line. FTE's Static Mixers are fixed on mixing element of various types in flow Pipe according to fluid flow condition. Static Mixer does not have moving part & rotating part on equipment component, and maintenance is easy. But must consider fully some problem because elasticity is not enough when design the first time.

Mixing element twists plate of square form by 180˚ and connects right side element and left side element by right angle of 90˚ each. (figure 1.) Fluid flow in pipe is divided into 2 streams by the 1st element, and divided into 4 streams again by the 2nd element. Usually, each element's length is produced about 1.5

times of diameter(d) and 6 elements installed in the case of standard type Static Mixer. 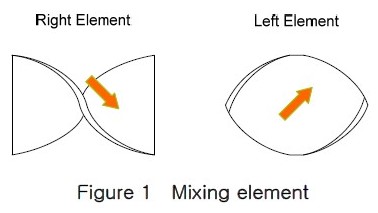 Where, n: Number of element, ID: Diameter of pipe inside 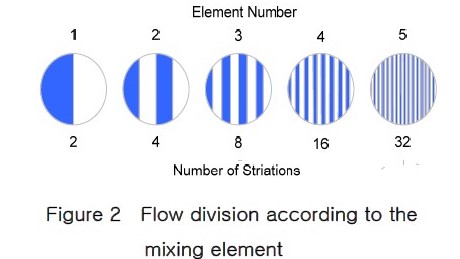 The stream of fluid that is divided by mixing element installed in flow pipe flowing element’s around and mixed between two components as figure 3. 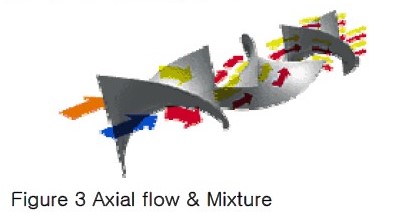 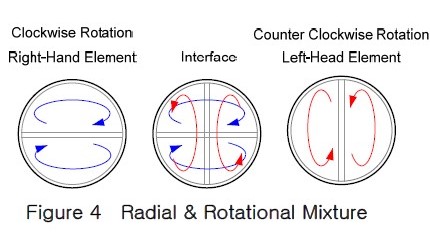 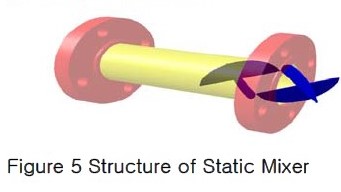